5 Largest Deserts In The World

We often think of deserts as vast expanses of sand that are completely devoid of life. However, as we will shortly see, some deserts don't contain sand at all while others are home to many unique plant and animal species.

Since there exists such a great diversity of deserts, and since deserts encompass one third of our planet's landmass, it is only logical to wonder which ones are the largest. Take your best guess and then join us as we look at the 5 largest deserts in the world ranked by surface area.

Note: Some sources list the various Australian deserts combined as the 4th largest desert in the world. We are opting to not include it in this list because it is technically multiple individual deserts. 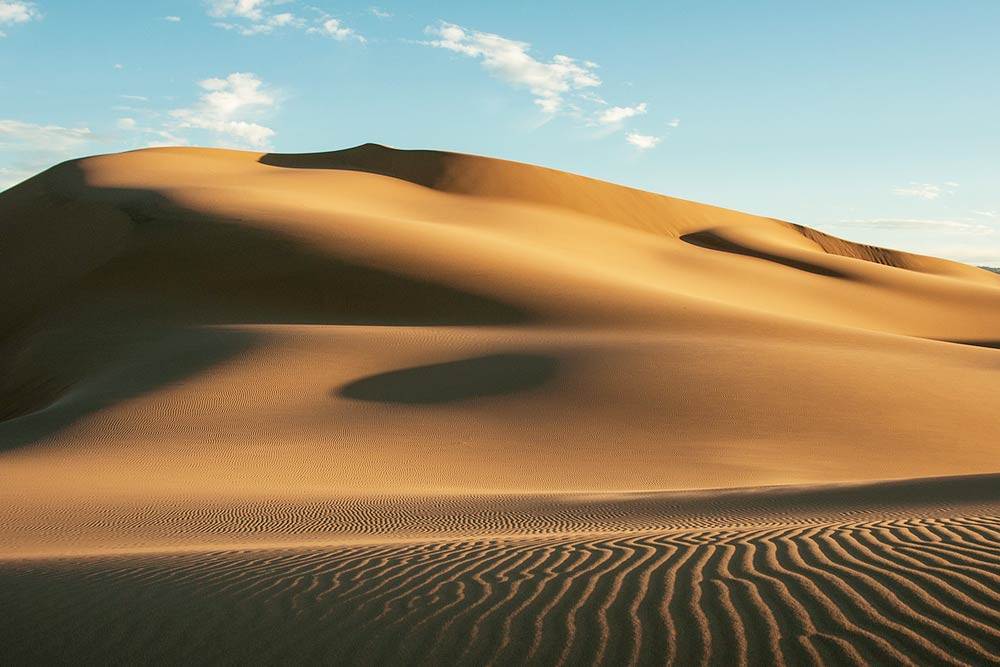 The Gobi Desert is the second largest desert in Asia and the fifth largest single desert in the world. Situated along the border of China and Mongolia, it is historically significant for being the location of numerous important cities along the ancient Silk Road.

This desert is classified as a rain shadow desert, which means that a nearby mountain range is blocking rain systems from reaching the region. In this case the Tibetan Plateau to the southwest blocks precipitation that would otherwise reach the Gobi Desert. Another notable rain shadow desert is the Atacama Desert in northern Chile.

Far from being completely inhospitable, the Gobi Desert is home to diverse species such as the Bactrian (Mongolian) Camel, Black-Tailed Gazelle, Gobi Ibex, Gobi Bear, and even the elusive Snow Leopard. While plant life is generally sparse, there are some species of flora that have become especially adept at surviving the harsh desert conditions. The most common plant is the Saxaul tree, which is able to retain moisture within its bark and is present throughout all of the Gobi Desert's various ecoregions. 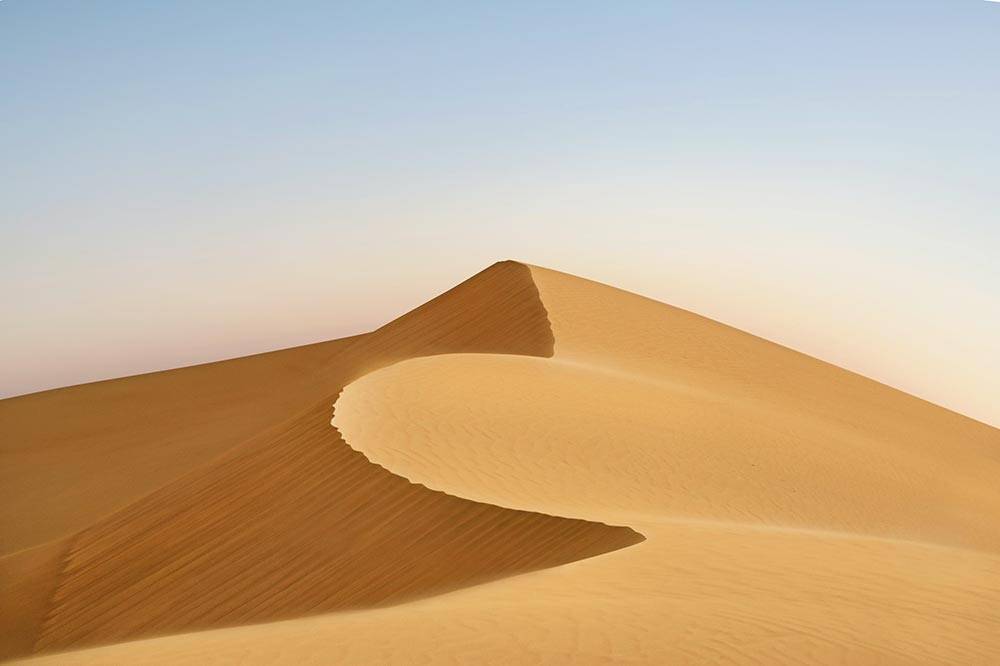 The Arabian Desert is the largest desert in Asia and the fourth largest in the world. It encompasses most of the Arabian Peninsula and is found within nine individual countries, which is the second most out of any desert on this list.

The Arabian Desert is classified as subtropical, which means that temperatures are consistently hot and rain is sparse. At its southern end lies one of the largest uninterrupted bodies of sand in the entire world, known as the Rub' al Khali (or Empty Quarter in English).

Although the Arabian Desert generally presents a hostile environment for mammals to live in, there are a small number of species that inhabit the region. This includes the Arabian Camel, Arabian Wolf, Sand Gazelle, Nubian Ibex, Striped Hyaena, Caracal, and Red Fox. However, the desert actually presents an ideal environment for reptiles such as lizards, snakes, and geckos. 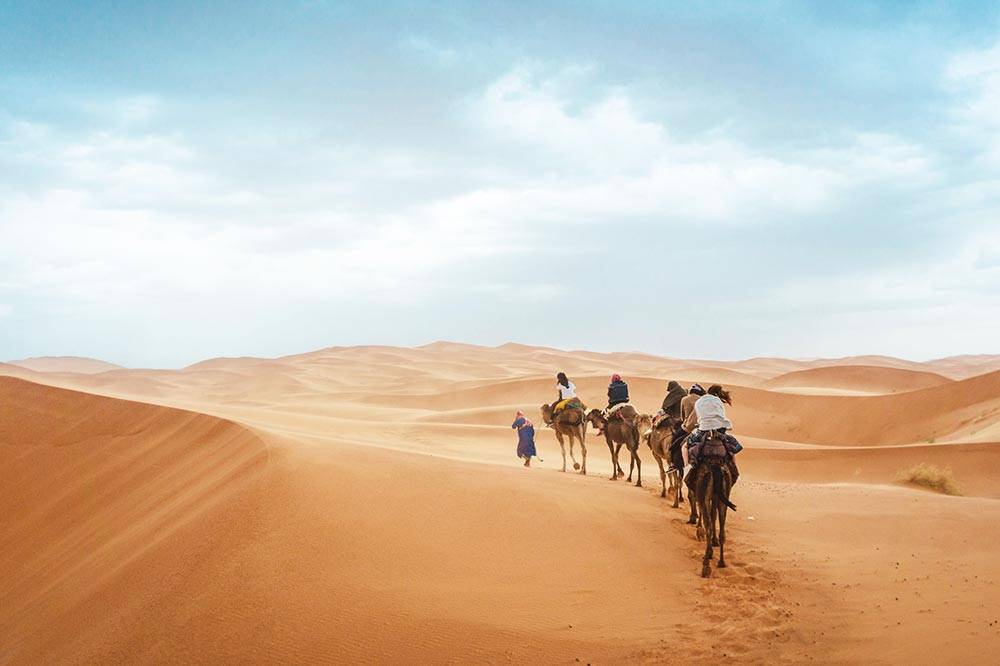 Perhaps the most famous entry on this list, the Sahara Desert is the largest hot desert and the third largest desert overall in the world. The Sahara Desert reaches twelve individual countries and comprises most of Northern Africa.

Similar to the Arabian Desert, the Sahara is classified as subtropical and receives very little rain throughout any given year. However, this has not always been the case. The Sahara Desert actually alternates between a savanna grassland and a desert every 20,000 years. It is thought to have been fertile as recently as 5,000 years ago when the region averaged ten times the amount of rain as it does currently. This cycle is due to a wobble in the Earth's axis, which affects the location of the North African Monsoon, and will likely cause the Sahara to be green again in approximately 15,000 years.

While camels are the most common domesticated animal found throughout the Sahara, largely due to their ability to survive for long periods with little water, there are many wild animals that are native to the region. This includes the Saharan Cheetah, Fennec Fox, Dorcas Gazelle, Addax Antelope, Red-Necked Ostrich, and African Wild Dog. 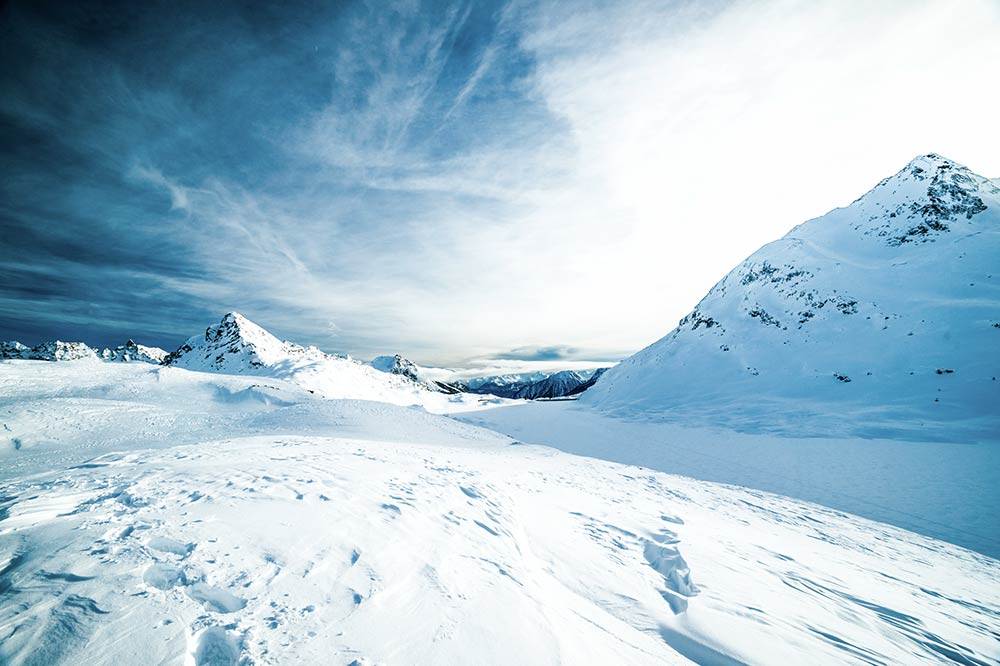 As previously mentioned, deserts are not all comprised of fine grains of sand and scorching hot temperatures. The Arctic Polar Desert, encompassing the very northern edges of our planet, is one such example.

Polar deserts are defined by their cold temperatures, lack of rainfall, and abundance of ice sheets. Since most of the terrain is trapped underneath these ice sheets, it proves to be yet another hostile environment for plants and animals. Yet despite this fact, the Arctic Polar Desert is home to a diverse number of animals such as the Arctic Fox, Arctic Wolf, Polar Bear, Caribou, Snowy Owl, and Moose, among others. Some of these animals migrate between the Arctic Tundra, which contains more vegetation, and the Arctic Desert while other are permanent residents of the desert.

As recently as the late 19th century, many high profile explorers held the misguided belief of an Open Polar Sea in the region that encompasses the modern-day Arctic Polar Desert. This theory was predicated upon the idea that one could push through these northern barriers of ice in order to reach an open and navigable ocean surrounding the North Pole.

While this theory has since been disproven, at the cost of many lost Arctic expeditions, it may actually come true in the future as a result of Arctic Shrinkage. In fact, it is quite likely that there will eventually be an ice-free route between Europe and the Pacific Ocean by way of the Arctic. 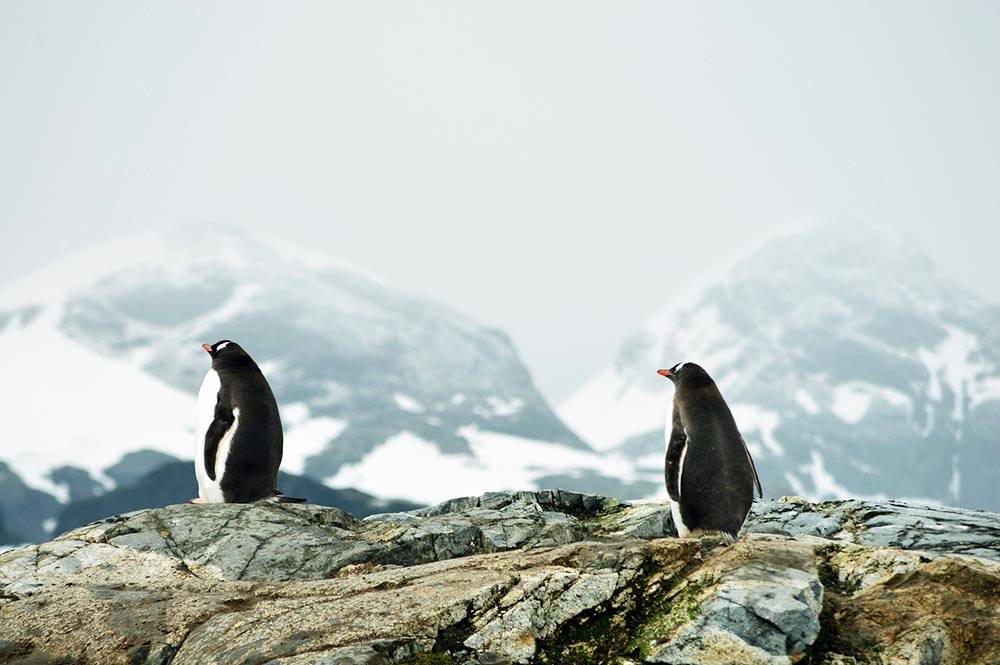 The Antarctic Polar Desert, which makes up the vast majority of Antarctica, is the largest desert in the world. In fact, this single desert is larger than the combined size of the Gobi Desert, the Arabian Desert, and the Sahara Desert.

While both of the polar deserts on this list have many similarities, they can be distinguished by a stark contrast in plant life. Unlike its northern counterpart, the Antarctic Polar Desert was not believed to contain any plant life whatsoever up until a small number of microorganisms were discovered in the 1970s. This southern desert also experiences extremely high wind speeds that, when combined with its arid environment, can form hypersaline lakes. Some examples of these hypersaline bodies of water are Lake Vanda and the Don Juan Pond, each of which contain a salt content that is ten times higher than seawater.

Similar to the northern Arctic, Antarctica was also the site of numerous daring expeditions over the years. In 1911 the famed Norwegian explorer Roald Amundsen beat a British expedition lead by Robert Scott to become the first humans to reach the South Pole.

Another notable example is the Shackleton Expedition from 1914 to 1917 in which a team of 28 men attempted to cross the entirety of Antarctica by land. However, their ship became trapped in the ice before they were able to make land and the crew was forced to drift on pack ice for many months. Eventually eight of the men made an incredible 800 mile journey in a small open boat to reach an inhabited island and mount a rescue of the remaining twenty men.

Fun fact: Seeing as though Shackleton's ship was named Endurance, we decided to create a World Map based around this epic adventure. Take a look at our Endurance World Map. 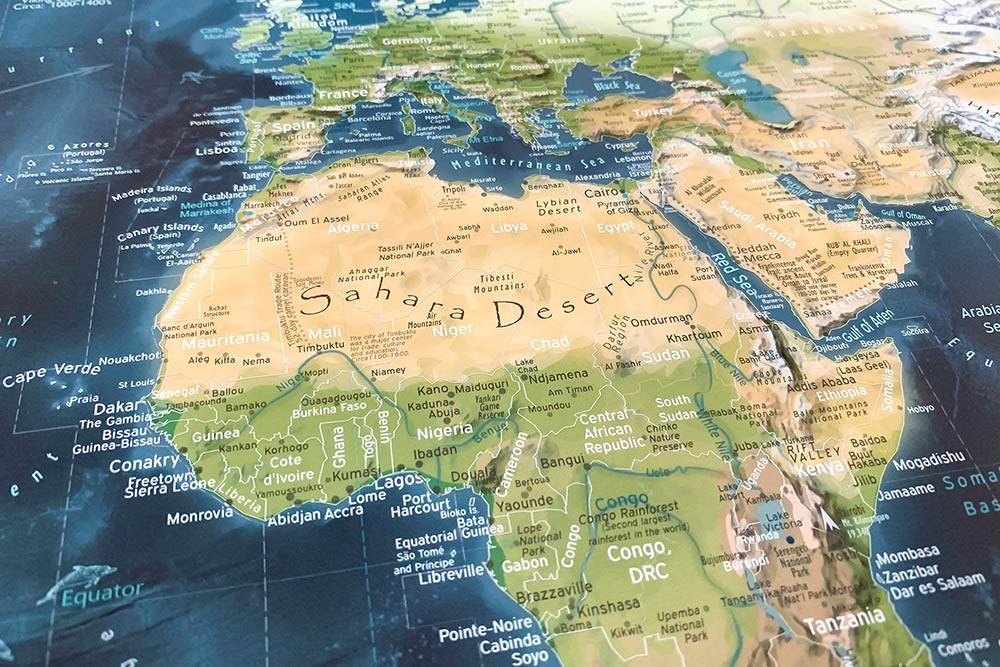 Find These Deserts On Our World Maps

Our World Maps are incredibly unique. Designed by a professional geographer & cartographer, these maps feature incredible details that will inspire you to get out and explore the world.

Within our World Maps you can find the largest deserts in the world, the tallest peaks on every continent, the deepest point in each ocean, and much more. We also feature fascinating travel destinations to help you plan your next adventure. Hang one up in your home or purchase one as a gift for someone who loves to travel!