A Brief History Of Time Zones

Although most people rarely think about time zones, they play a vital role in globalization and world affairs. From the lush jungles of Brazil to the snow capped peaks of Nepal, the world operates in distinct time zones that are each influenced by the position of the sun. But when exactly were they implemented and why?

Join us as we explore the fascinating history of time zones and discover how they are used today.

The Emergence Of Time Zones

Before the late 1800s, it was commonplace for individual towns to specify a local time that citizens would then try to replicate on their personal watches or clocks. This meant that if you traveled from one town to another, you would likely have to update your personal watch upon arrival. In fact, there were over 300 local times throughout the United States during this time.

Numerous clock towers were constructed throughout the world, such as the famous Zytglogge Tower (Time Bell) in Bern, Switzerland. These clock towers were constructed to display local time and provide sound using large cast iron bells to mark each passing hour. Later, smaller bells were added to mark quarter hours. Over time, the tower began to be adorned with mechanical moving figures that would delight visitors.

Although these clock towers existed in some cities, the local time was not always obvious. Upon arriving to a new location, people would either have to locate a town clock or seek out someone who worked in the business of resetting personal clocks.

For example, a train would depart from Paris at 1 p.m. and arrive to LeMans (120 miles west) at 2 p.m. even though the journey took two full hours. This means that passengers disembarking the train were forced to set their clocks back one hour and then do the same in reverse upon returning to Paris. However, with the advent and popularization of railroads as a method of traveling quickly across long distances, this soon began to change.

Sir Sanford Fleming, a Canadian engineer, was the first person to propose the use of worldwide time zones back in 1878. His idea was to divide the world into 24 time zones that were each 15 degrees of longitude apart. The reason for this is that the earth rotates 15 degrees every hour, or 360 degrees in 24 hours.

At the time, Fleming's idea was almost universally acclaimed as a practical solution to a complex global problem. Five years later, in 1883, various railroad companies began implementing this system throughout the United States. The following year a conference was held in New York City to determine the location of the prime meridian, which refers to zero degrees longitude. It was decided that Greenwich, England would act as the Earth's prime meridian and that the 24 time zones would be based off of this location.

Although many U.S. states began adopting the use of time zones shortly after this conference, it did not become mandatory until congress passed the Standard Time Act of 1918. 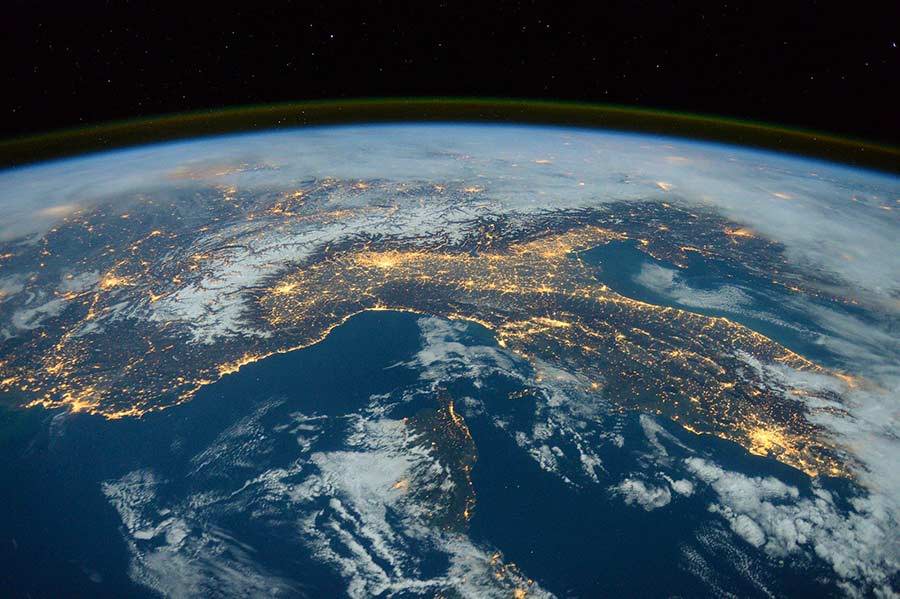 Time Zones In The Modern World

So now that we understand more about the history of time zones, let's take a brief look at how they're used (or not used) in modern times.

Fun fact: The Trans-Siberian Railway, which travels between the Russian cities of Moscow and Vladivostok, passes 10 distinct time zones over the course of its 6 day journey!

Although most countries use time zones that differ by exactly one hour, some countries actually use half hour or quarter hour time zones. These include India, Iran, Afghanistan, Nepal, Sri Lanka, Myanmar, and certain regions of Australia.

We hope you enjoyed learning about the history of time zones and their place in the modern world! Comment below if you have any questions or thoughts about time zones. 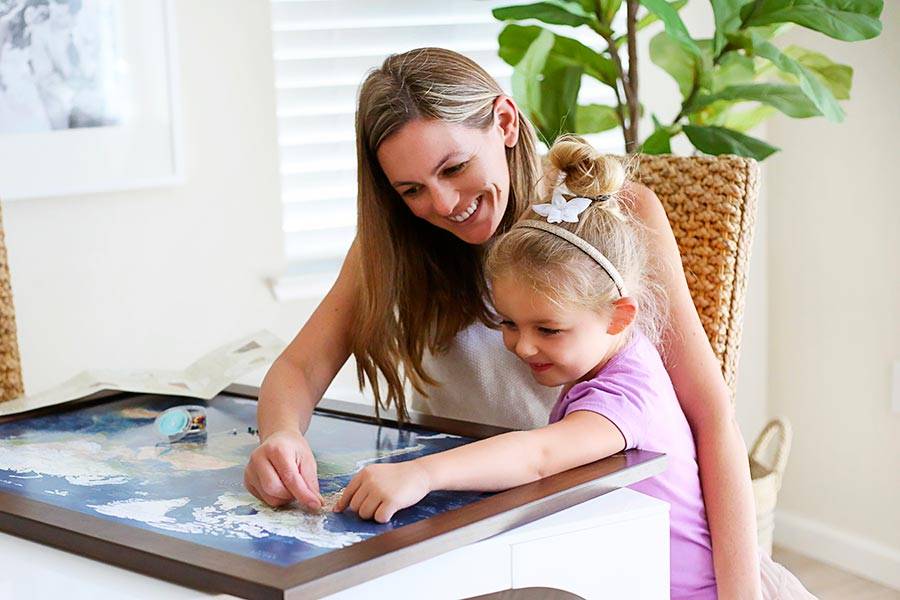 
Our World Travel Maps are educational and fun for the whole family. Discover the locations of countries, cities, rivers, mountains, and much more. Use push pins to mark where your family has traveled or where you would like to go next.

It was really interesting when you explained that clock towers were constructed to show local time for the residents in a city. I would imagine that these towers have been affected by age and other weather elements as the years have gone by and don’t function as well as they used to. It seems like it would be a good idea for the cities these towers are in to restore these clocks for cultural history purposes. https://davanzaclocks.com/contact-us/vermont