We often think of a country as a sprawling landmass that contains numerous distinct regions and administrative centers. However, as we will shortly see, some countries are no more than a small dot on a map. The smallest countries in the world range from tiny island nations to ancient microstates within western Europe.

With so many countries throughout the world, it's only logical to wonder which ones are truly the smallest. Take your best guess and then join us as the explore the 5 smallest countries in the world ranked by area. 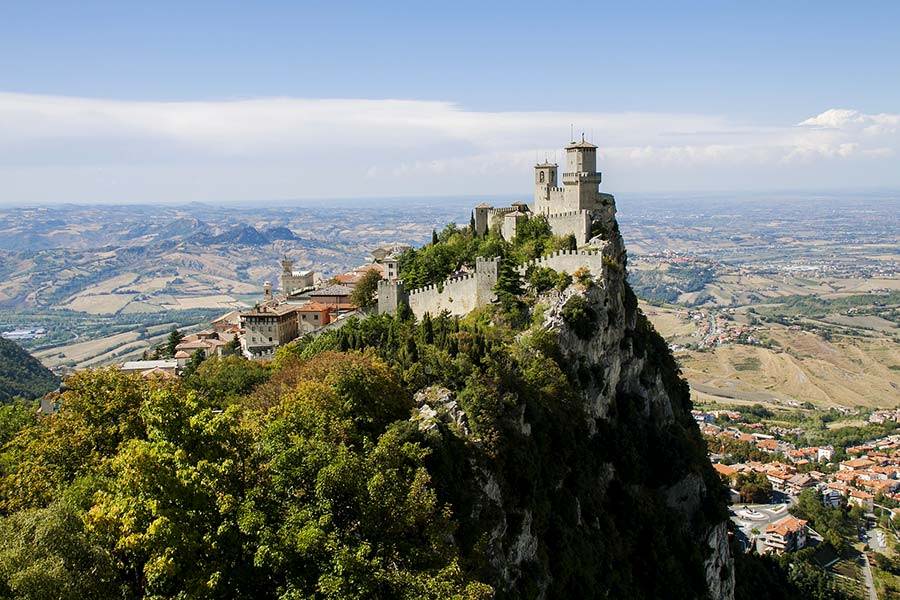 San Marino is a microstate that is completely enclosed within Italy. A stonemason, who later became known as Saint Marinus, founded the country in 301 CE. This makes San Marino not only one of the smallest countries in the entire world but also one of the oldest. Additionally, San Marino is one of only three countries in the world to be completely enclosed by another country, the other two being Lesotho in South Africa and Vatican City in Italy.

Despite being so small, San Marino boasts a high quality of life that is comparable or better than other developed countries in western Europe. The country has one of the highest GDP per capita in the world and one of the lowest unemployment rates in all of Europe.

Fun Fact: San Marino made Abraham Lincoln an honorary citizen in 1861 after an exchange of letters in which Lincoln commended the country for their respected history as the world's oldest republic. 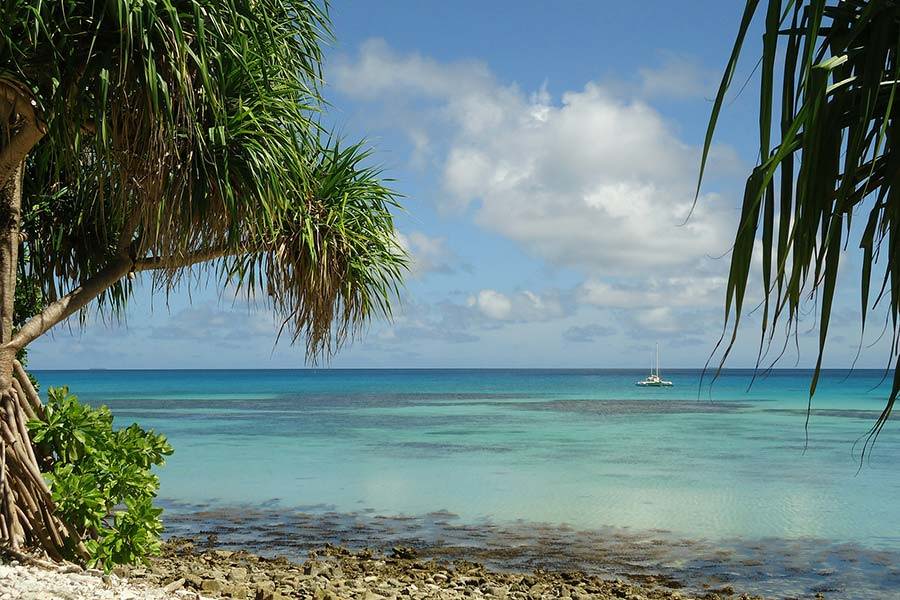 Tuvalu, previously known as the Ellice Islands, is an island country located approximately halfway between Hawaii and Australia. The country is comprised of nine individual islands, three of which are reef islands and six of which are atolls. Due to its remote location, Tuvalu is one of the visited country in the entire world with around 2,000 visitors per year.

While Tuvalu is the fourth smallest country in the world today, it is at risk of being submerged by rising sea levels. This is due to the fact that the highest point in the country is only 15 feet above sea level. There have been talks about moving the population to Fiji or New Zealand, two nearby countries that maintain strong foreign relations with Tuvalu, if this were to happen.

Fun Fact: Tuvalu does not accept credit cards and instead relies solely on cash! 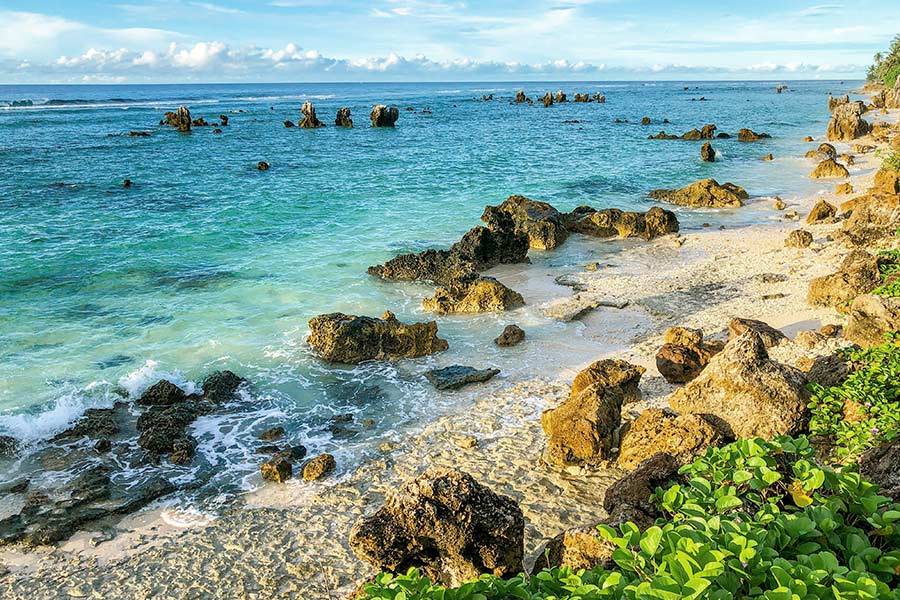 Nauru, formerly known as Pleasant Island, is the third smallest country in the world and the smallest island nation. In fact, Nauru is so small that there are only two hotels in the entire country! The island is located near Tuvalu in an area of the Pacific Ocean known as Micronesia. Nauru is similarly difficult to reach and receives even less tourism than neighboring Tuvalu, which likely makes it the least visited country in the world.

There was a short period in the 1970s and 1980s when Nauru boasted the second highest GDP in the world due to its phosphate mines. However, the mines were eventually depleted and the country soon sank into economic distress. As of today, Nauru has the second lowest GDP of any country and is only second to neighboring Tuvalu. Due to this, the country relies heavily on Australia for financial support.

Fun Fact: Since Nauru is within the Commonwealth, Queen Elizabeth visited this remote island during her 1982 tour of the South Pacific. 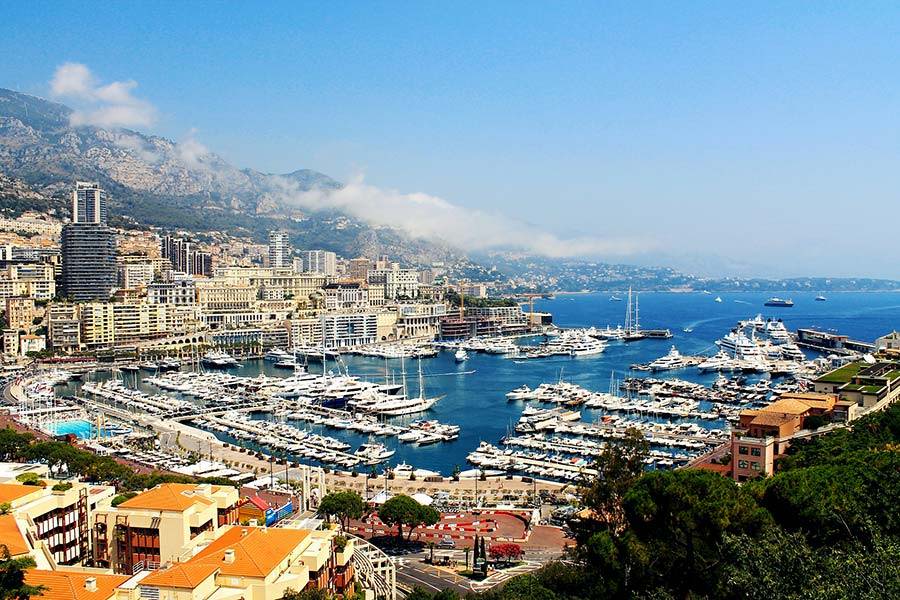 Monaco holds the title of being both the second smallest and the most densely populated country in the world. It was founded in 1297 after a Genoese named François Grimaldi captured a fortress protecting the Rock of Monaco, which is a strategic position along the country's coastline. Monaco has, for the most part, been ruled by this same family ever since.

This small country is known as containing immense wealth with an estimated 30% of all residents being millionaires. Additionally, Monaco's per capita GDP is among the highest in the world with virtually no poverty and an unemployment rate of 0%. However, while the population is quite wealthy, Monaco is often regarded as one of the most expensive countries to live in due to its small size and high demand for housing.

Fun Fact: Although Monaco boasts numerous casinos, most notably the Monte Carlo, its residents are forbidden by law from gambling. 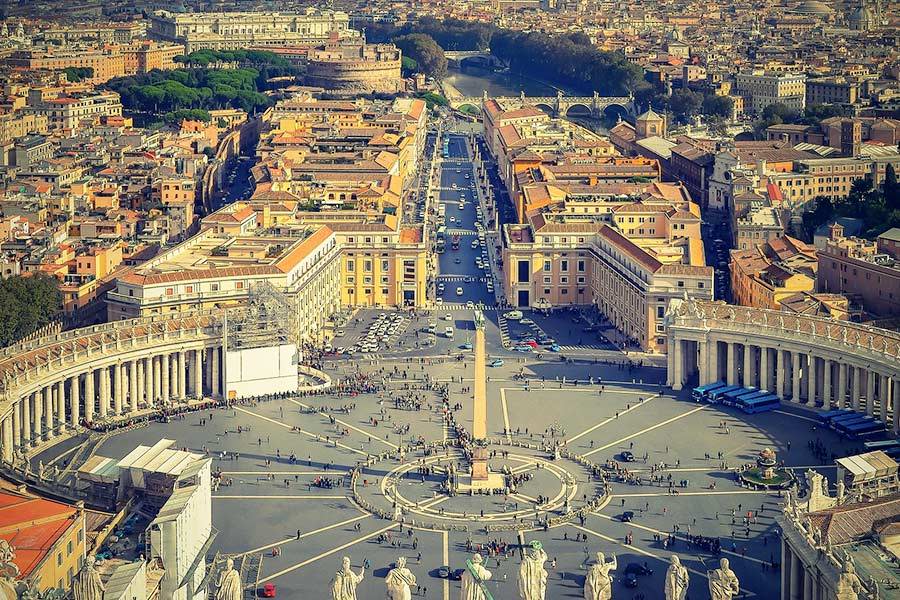 We've finally arrived at the smallest country in the world! Vatican City is an independent country confined entirely within Rome, Italy. Interestingly enough, it's the only country in the entire world to be designated as a UNESCO World Heritage Site!

Although Vatican City officially became an independent state in 1929, its history goes as far back as the 4th century CE when Emperor Constantine ordered construction to began on a basilica over the location of Saint Peter's grave. However, it wasn't until after 1377 CE when significant construction projects began to appear, most notably the Apostolic Palace and the Sistene Chapel. This is the year that the papacy moved back to Rome after being relocated to Avignon, France for the previous half century.

Today Vatican City is an immensely popular destination, which allows the country's economy to function almost solely off of tourism. While the Vatican has a population of less than 1,000 residents, it consistently receives millions of visitors every single year.

Fun Fact: Vatican City is about one eighth the size of New York's Central Park!

Have you visited any of these fascinating countries? Let us know in the comments below! 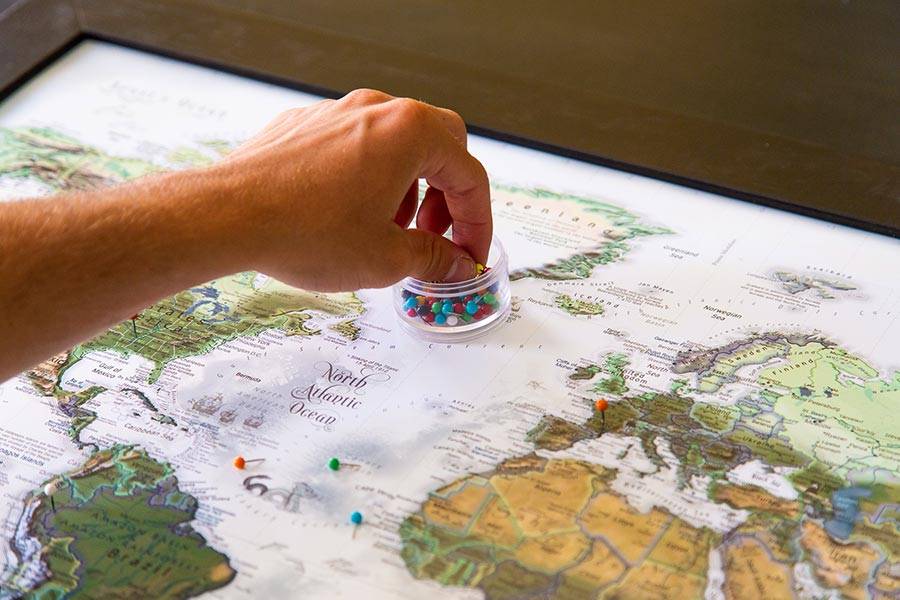 Find These Sites On Our World Push Pin Maps

Our World Push Pin Maps are the perfect tool for tracking all of your greatest travel adventures! Aside from cities and countries, these unique maps feature UNESCO World Heritage Sites, Wonders of the Modern World, Ancient Trade Routes, Historic Voyages, and much more.

See if you can spot these small countries within one of our stunning World Maps!

7 Wonders Of The Modern World