Receive free shipping this week on all orders within continental U.S.
Connect

The National Football League (NFL) was established in 1920 and it quickly grew into the largest sports organization in the Untied States. Today there are 32 NFL teams divided into two separate conferences: the National Football Conference (NFC) and the American Football Conference (AFC). Each team plays 16 regular season games before the top 12 teams progress to the playoffs and compete for the coveted NFL championship.

With so many teams and stadium names to remember, we decided to put together this helpful list of NFL teams and stadiums. You can use the list to help you track which NFL stadiums you've visited or to learn more about each team and their specific arena. 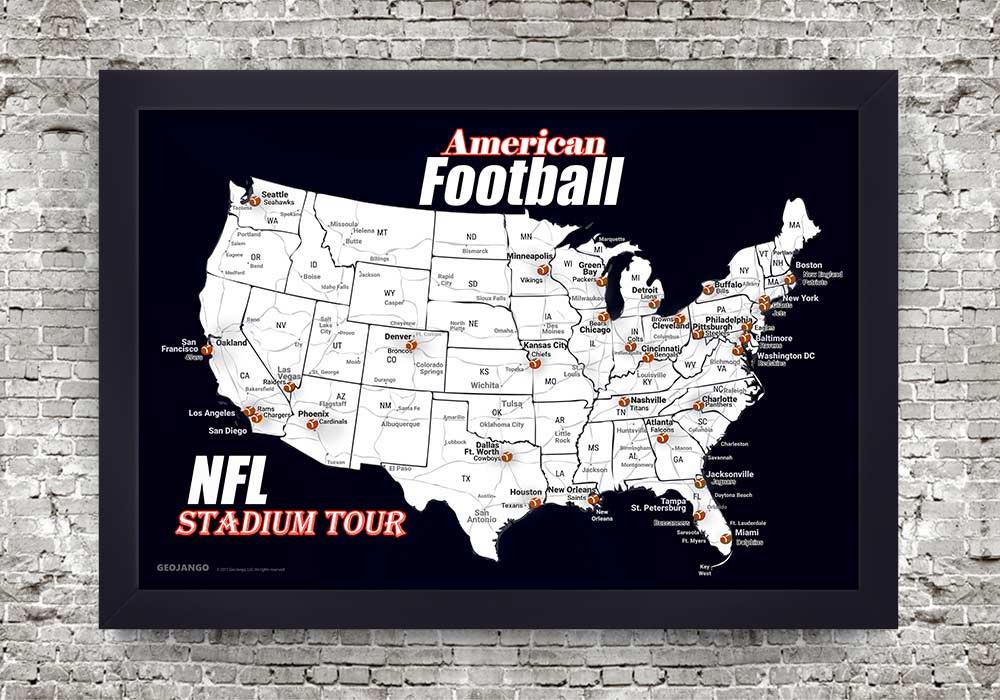 We love football here at GeoJango Maps. That's why we decided to create a NFL Teams Map to showcase the locations of every NFL team and their respective stadiums. You can use this Football Map to keep track of which stadiums you've visited or which ones you would like to visit in the future.

It also makes a great gift for football enthusiasts who can use this NFL Map to decorate their home and show support for their favorite team!