5 Busiest Airports In The US

With over 5,000 public airports across the continental United States, there's no shortage of busy hubs where people can travel quickly from one destination to another. Some are little more than a few terminals whereas others are enormous structures that serve tens of millions of travelers every year.

With this in mind, it's only logical to wonder which airports are the busiest. Join us as we take a look at the 5 busiest airports in the US and what makes each one unique!

Note: We are using yearly passenger traffic, as opposed to size or aircraft movements, to determine the busiest airports in the United States. 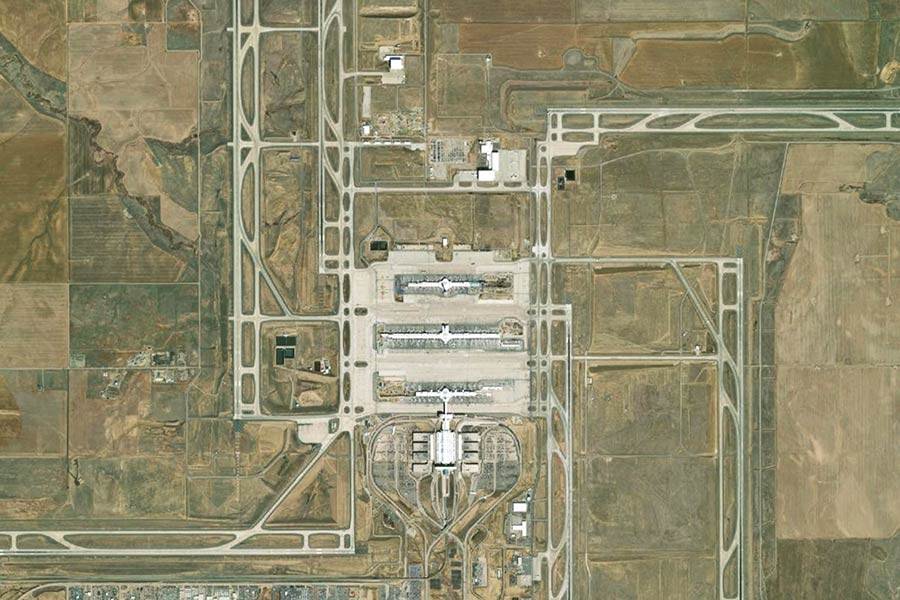 The airport has been the subject of various rumors, controversies, and conspiracy theories over the years. The most prominent controversy is linked to an eerie statue of a giant blue horse that actually killed the artist who was creating it. This statue, called the Blue Mustang, is a 32 foot cast-fiberglass sculpture that was meant to represent the spirit of the old American west. However, in 2006 a section of this 9,000 pound sculpture fell on the artist, Luis Jimenez, and caused his tragic death. Among the most popular conspiracy theories, there are people who believe that a tunnel was built underneath the airport to connect to a mysterious underground city and that it has been hidden from the public.

There are numerous mysteries surrounding this airport that have developed into a universal sense of intrigue among the American public. 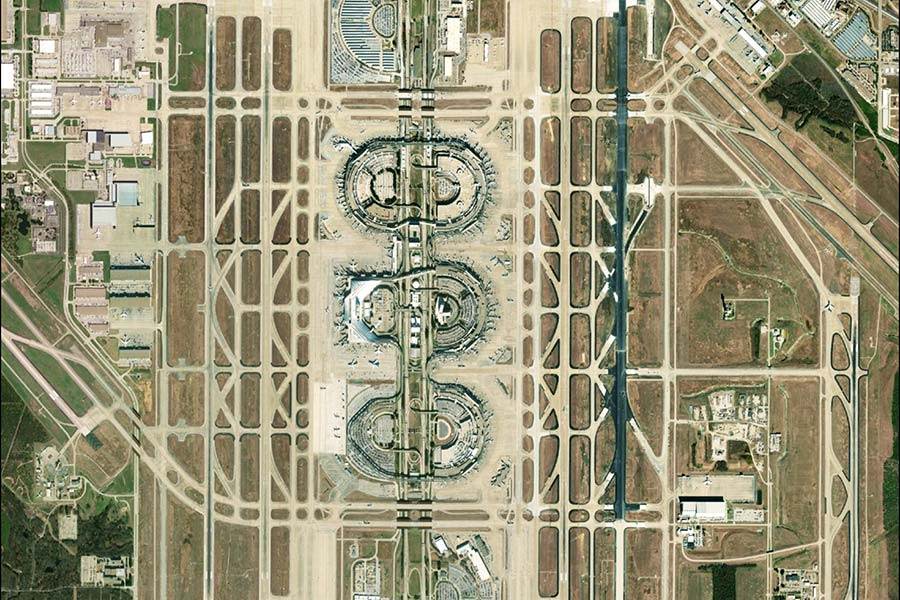 This massive airport in Texas, located roughly halfway between Dallas and Fort Worth, is the fourth busiest airport in the United States and the second largest in size. With over 17,000 acres Dallas Fort Worth could hold New York's JFK, Chicago's O'Hare, and the Los Angeles International Airport with extra room leftover. In fact, it's so large that it even has its own zip code!

With 5 terminals and 182 gates, this enormous airport has service to 260 destinations (67 international and 193 domestic). It was created in the latter half of the 20th century and is the only airport in the world with 7 operational runways.

DFW is considered to be quite progressive as it was the first North American airport to become completely carbon neutral. The airport has also won numerous awards, most notably 2019 Airport of the Year, Best Airport Staff Service in North America, and a Worldwide Honor of Excellence in Customer Service. 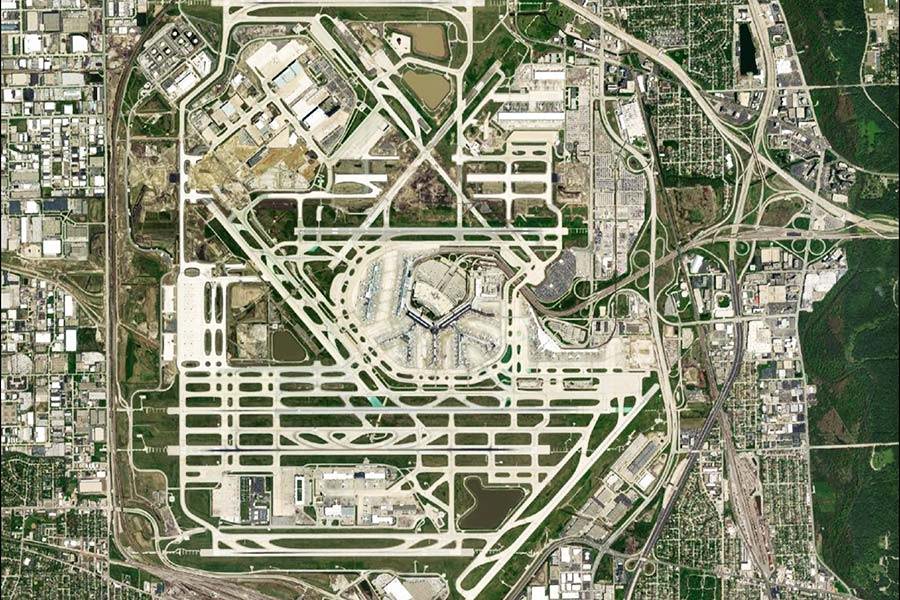 The Chicago O’Hare International Airport is another busy airport that holds a deep history within the United States. It started out as an airfield that served as a manufacturing plant for C-54 military transports during World War 2 and it was the first major airport planned after the war. Unlike other airports on this list, O'hare is not named after the city that it resides in. Instead, the name was given to the first Medal of Honor recipient within the US Navy during World War 2.

O’Hare boomed in the second half of the 20th century and was the world’s busiest airport from 1963 to 1998. Today it serves over 80 million passengers a year despite being only the 3rd busiest airport in the United States.

In 2018 a plan was approved to expand O'hare by approximately three million square feet. However, since this construction is not allowed to impede ongoing flight operations, it is scheduled to be constructed in segments with the final project slotted for completion in 2028. 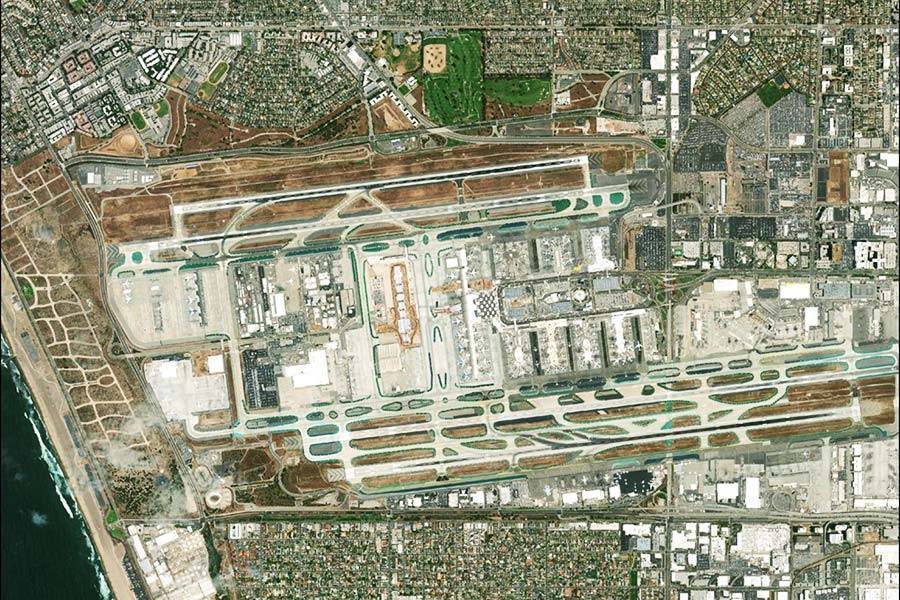 The Los Angeles International Airport, commonly referred to as LAX, is a popular West Coast airport that serves as the third busiest in the world and the second busiest in the US. LAX is distinguished from other airports by the fact that it is generally either the origin or the final destination for travelers as opposed to being used as a connection. It opened in 1930 and has since expanded into a massive structure that serves as the primary airport for the Los Angeles metropolitan area.

At the center of the airport lies a large white structure called the Theme Building, which was completed in 1961 and designed as a historic-cultural monument by Los Angeles in 1993. There had been a restaurant within the monument open from time to time but it has been closed since 2013. There's an ongoing legend that this circular building featured a 360 degree rotating floor when it originally opened. However, LAX officials have stated that this is not true and that it's simply a myth that has perpetuated over the years.

Similar to the O’Hare Airport in Chicago, LAX has a military background as it was originally a general aviation base during World War 2. There are 9 terminals total that spread across a U-shaped road. 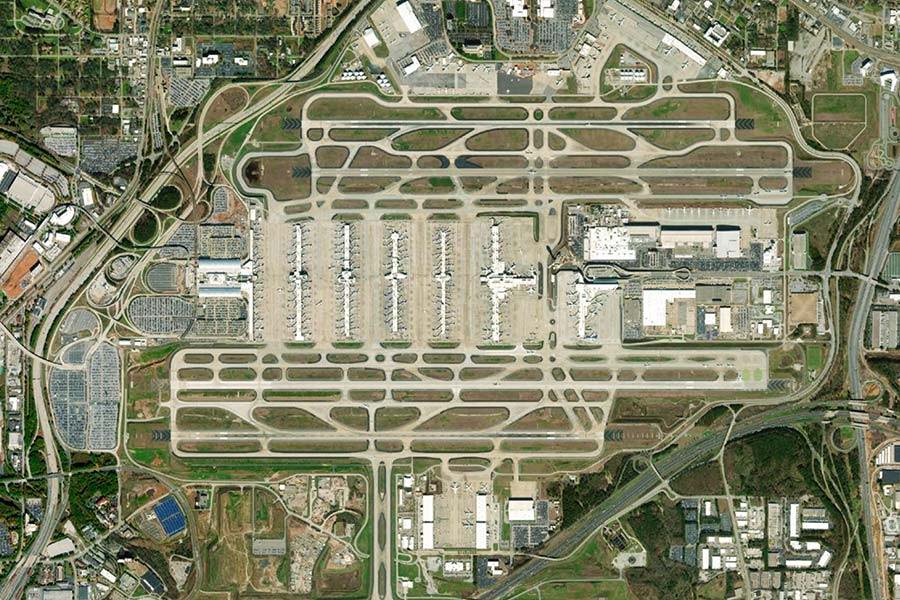 Finishing off our list is the Hartsfield-Jackson Atlanta International Airport in Atlanta, Georgia. With over 100 million passengers per year, it's the busiest airport in both the United States and the entire world.

Although one might assume that the busiest airport in the world is a chaotic mess, the Atlanta International Airport is regarded as one the most efficient airports anywhere. It features 195 total gates with 150 domestic and 70 international destinations. In order to assist with the efficiency of traffic within the airport, there is a train that transports passengers between each terminal.

Aside from being the busiest airport in the United States, this airport also features the tallest control tower in the entire country. 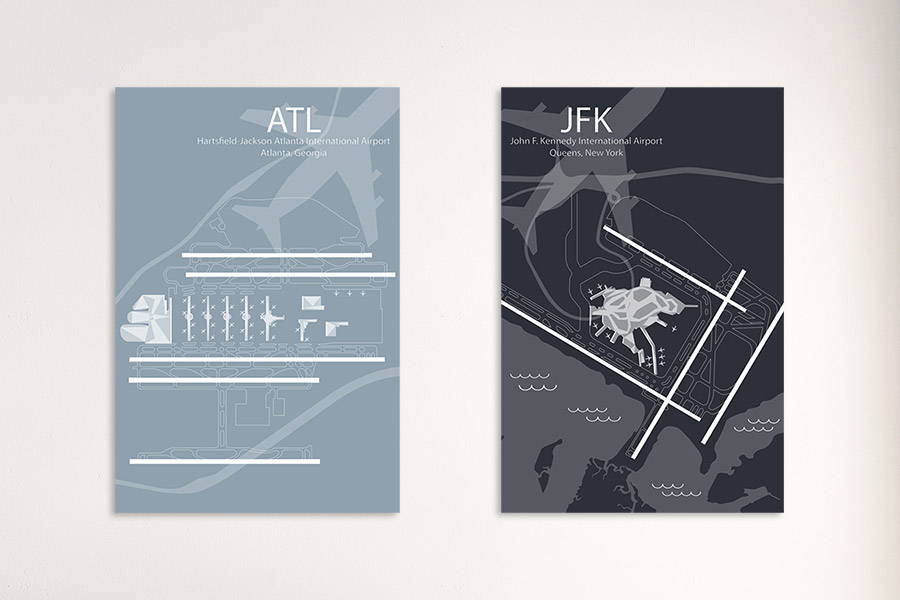 Showcase Your Favorite Airport With Our New Airport Maps!

Our Airport Map Posters are the perfect tool for displaying your favorite airport within any space. These unique maps feature 3D terminals, runways, nearby bodies of water, and many other impressive details that help bring these airports to life. Airport art maps are the perfect gift for pilots, airport employees, and aviation lovers!

As a special thank you for reading this article, we're offering a discount code of 5% off any Airport Map! Just enter the code "AIRPORT" during checkout to receive your special discount. 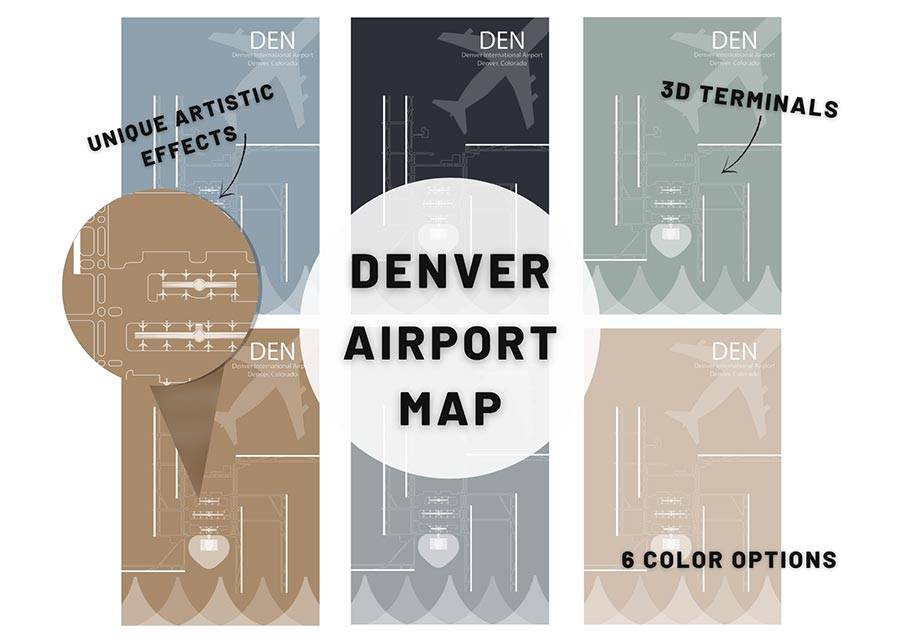 Nice summary of the airports. I’ve flown through most of these and my favorites are ATL and DFW; they do a nice job keeping the lines short compared to the others.