America is home to some notably old structures that hold a grand history of the families that built them and the area where they stand. Can you guess where they are?

Leap back in time to learn about 8 of the oldest homes in America and the history that makes them unique.

Continue the journey by exploring the StoryMap we created, Historic Homes in the U.S.! 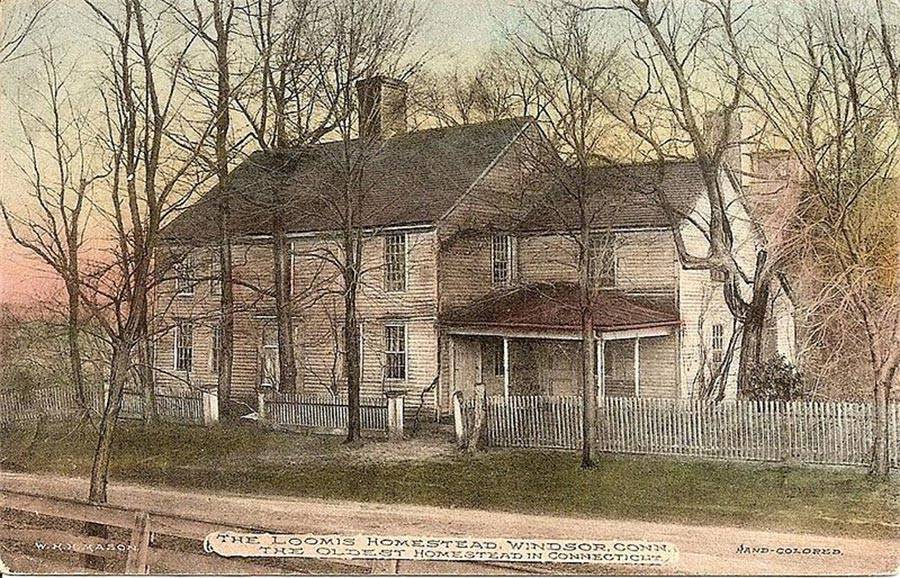 This beautifully built home was constructed by Joseph Loomis, an original settler of Windsor, Connecticut. In the 17th century the house was significantly enlarged from its original frame.

The original house, the ell on the right side, was home to the Loomis family, who emigrated from Braintree, England in 1638. Upon their arrival in the New World, Joseph and his wife Mary had 8 children while living in the colony.

The house was passed down through eight Loomis generations, until one childless daughter willed the house to the Loomis Institute, a private school started by other relatives. In 1940 the house saw many renovations to continue its use as a school. The building is still in the school's possession, representing the Loomis family history in Windsor. 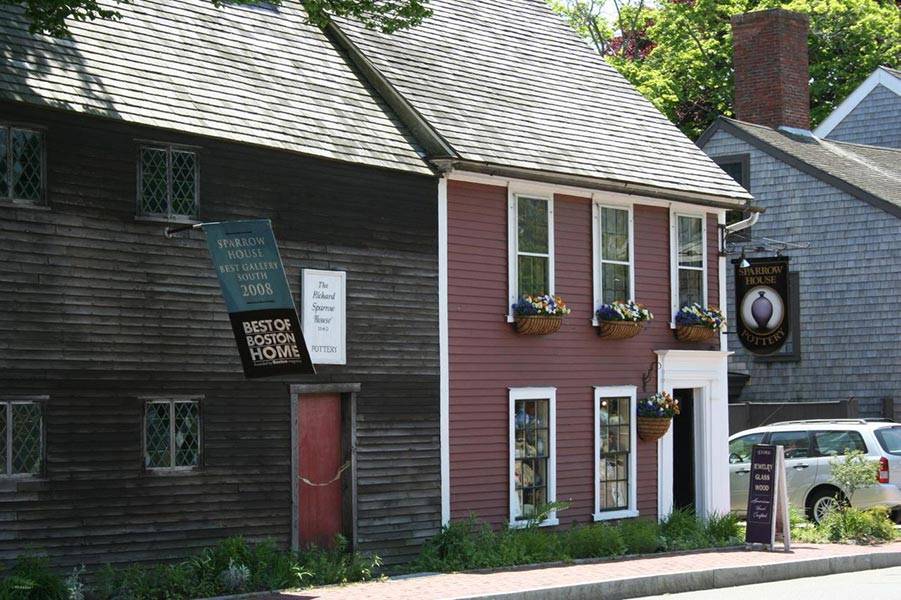 Current Use: Museum and art gallery

Richard Sparrow was an English Surveyor who journeyed to America in 1633. As a free man, Sparrow was granted a house tract of 6 acres. At the time the grant was approved, the law required that a house be built within 4 years.

Sparrow was very active in the colonial government, serving as constable for the colony, as well as other roles. His land tract grew larger as time went on and by the end of his life he had about 16 acres of land to build on.

The Richard Sparrow house is the oldest standing building in Plymouth, Massachusetts and can be toured as a house museum.

This granite house was built in 1639 by Reverend Henry Whitfield, one of the founders of Guilford, and the community members that followed him. Reverend Whitfield and a group of Puritans left England seeking religious freedom and settled in the New World.

The house has been well preserved because of its unique stone architecture, rare for 17th century America. It has been home to many families over the years and in 1900 the State of Connecticut took ownership. It has gone through a number of restorations by architectural conservationists. On the tour of this museum you will discover the living conditions of the 1600’s and some artifacts from that time period. 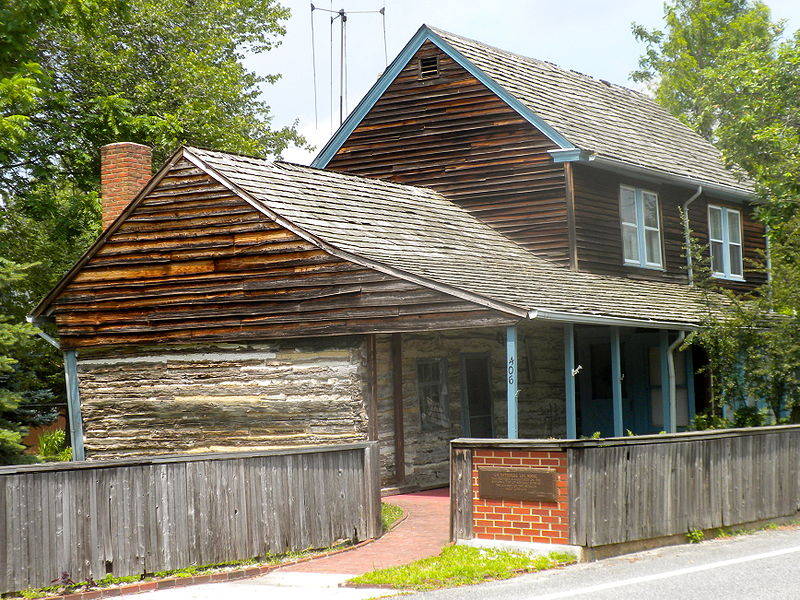 This is the oldest existing log cabin in America. The house was built by Finnish settlers in the New Sweden colony. The cabin is made of oak logs with two removable pieces for ventilation in the summer. The exact builder and family is unknown.

The house was dated by dendrochronology, the scientific method of dating trees by counting the rings to determine the age of the tree when it was cut down. The center beam, the first logs to be installed, dates back to 1638 while the beams that were installed last are dated to 1643. 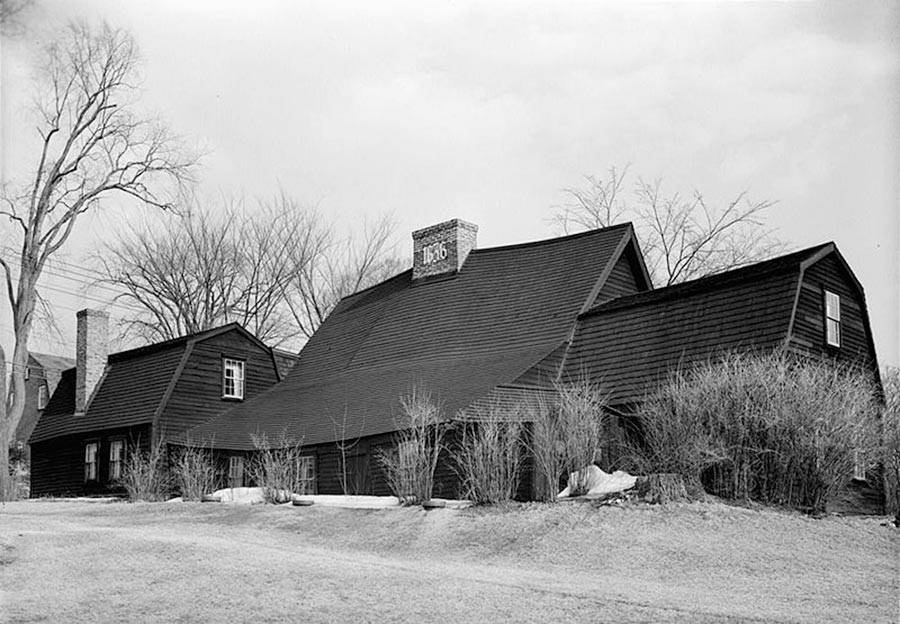 This house was built for the family of Jonathan and Grace Fairbanks. Jonathan hired a master carpenter and master mason to build the house for his family, evident by the longevity of the house. The Fairbanks (Jonathan, Grace, and their six children) traveled from England to the Massachusetts Bay Colony in 1633.

Jonathan was a tradesman who made spinning wheels for a living, a much needed tool in the colony that few knew how to build. The house was passed down in the family for 268 years , until 1904 when the Fairbanks family members made the Fairbanks Family in America Foundation and purchased the house to preserve it for future generations. It has now been open to the public as a historical museum. 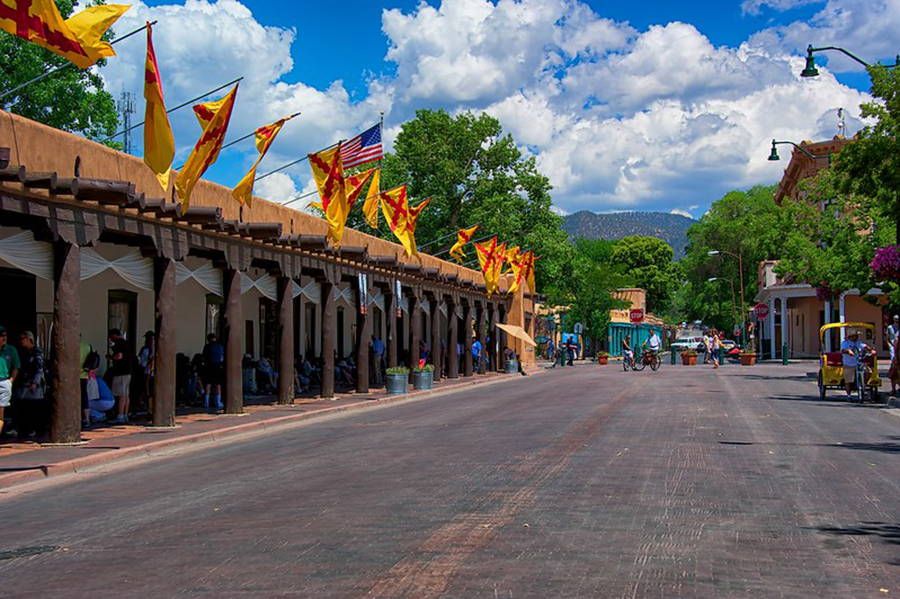 3. Palace of the Governors

Built As: Housing for the first Spanish royal governor of New Mexico

This is the oldest public building in the United States. This building gives insight into the American southwest's complicated history. It was a government building and residence of the Spanish in current day New Mexico.

The Palace of the Governors was built by the Spanish settlers in a Spanish-Pueblo-Revival style which is apparent by its use of adobe, earth mixed with water and straw. It shares a campus with the New Mexico History Museum. Visit Santa Fe for a historic trip! 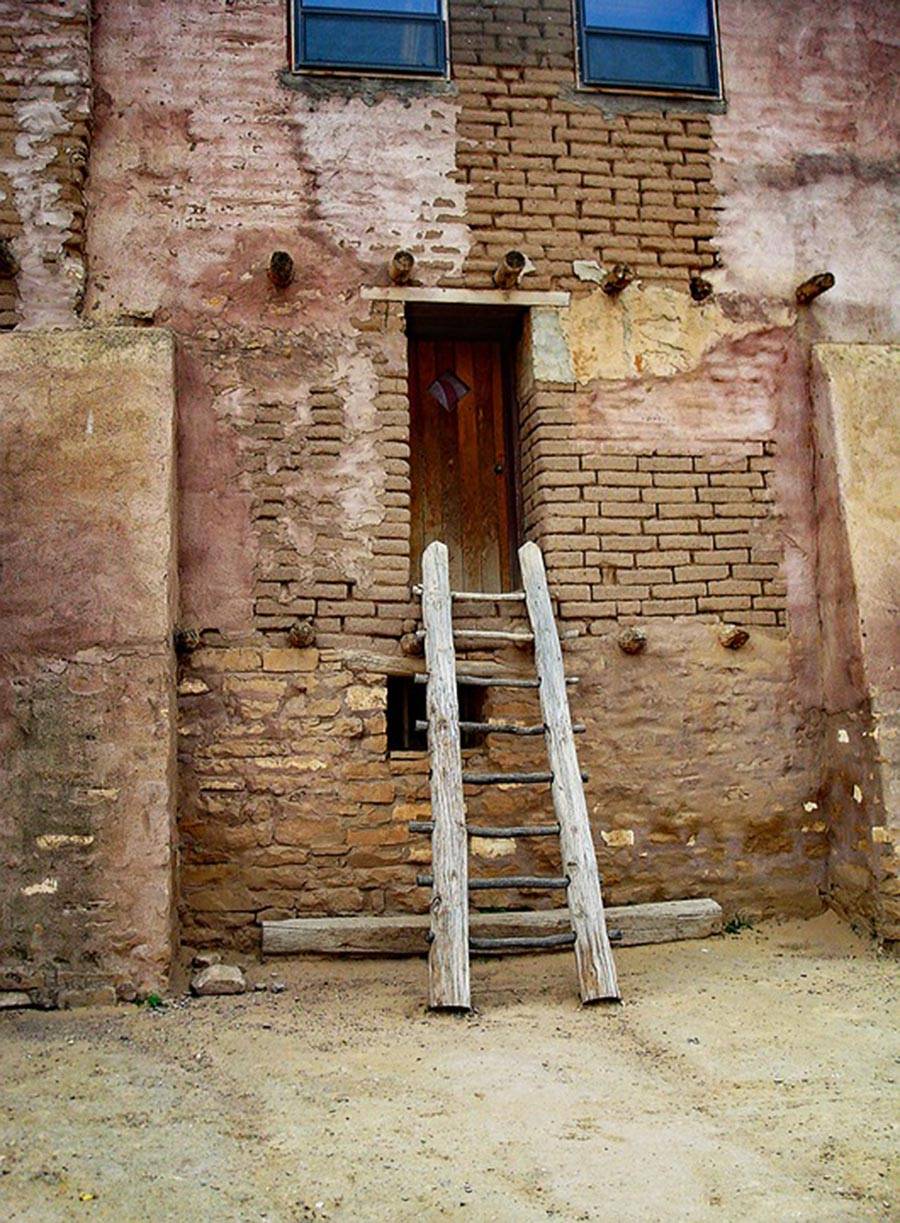 Acoma Pueblo is the home of the Acoma, a tribe of Native Americans that have been living in this area for around 1,000 years. The community is located on top of a mesa, providing great geographical protections.

The first written documentation of the community was by the Spanish in 1540, who were looking for gold. In 1599 they forced the Acoma to submit to Spanish rule and destroyed the community, killing many Acoma. In 1629 a Spanish Mission was established that helped rebuild the community, while bringing in Christian beliefs and suppressing Acoma traditions.

However, this area still shows the rich culture that the Acoma have with beautiful traditional ceremonies. They offer tours around their community to educate people about the Acoma culture. The community is built on tribal lands that the United States recognizes and in 2007 was designated as a National Trust for Historic Preservation, the only Native American site on the list. 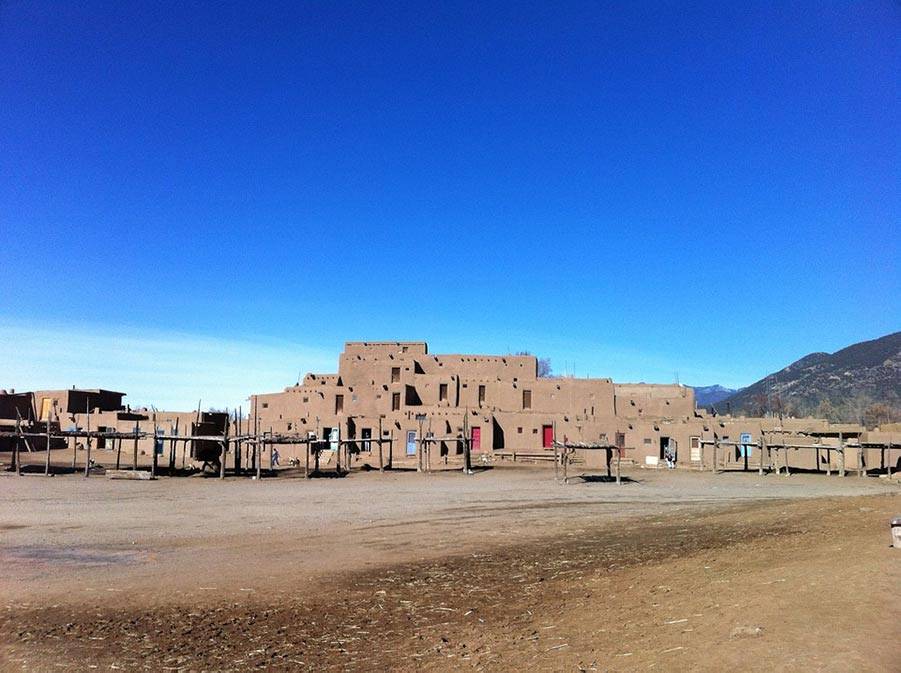 Location: North of the modern city of Taos, New Mexico

The Tao Pueblo is an active Native American community that is situated at the base of the Sangre de Cristo Mountain range. The rich oral history of the Tao expresses the longevity of the Tao people and scientific data dates the oldest buildings as being built between 1000 and 1450 AD.

The buildings are made out of adobe, earth mixed with water and straw. The Tao Pueblo is on the UNESCO World Heritage list, designated in 1992 as a cultural site.

Have you visited any of these fascinating Historical Homes? Let us know in the comments below! 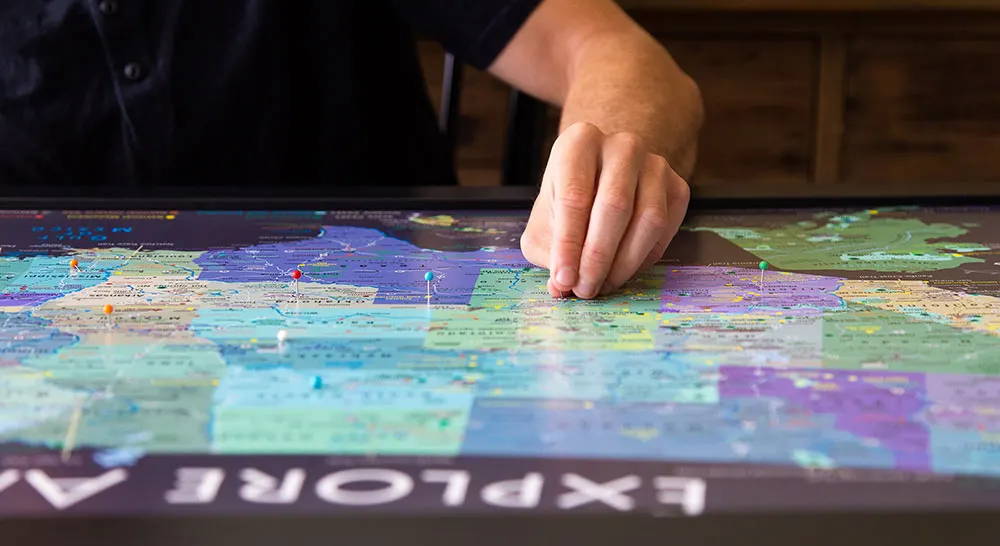 Find These Historic Sites In Our USA Maps!


Our USA Maps are packed with fascinating details! From historic locations to to major cities to National Parks, these unique maps will help you keep track of your USA travels and plan for new adventures.

For more Historical Homes in the U.S. check out our interactive map!

GeoJango will continue to update the map with more historical homes. Please keep checking in to find new historical homes on the list and if there are any that you want to hear about or find that we are missing please message us on Facebook, Instagram or leave a comment on this post! Thanks for reading!


View Historical Homes in the U.S.