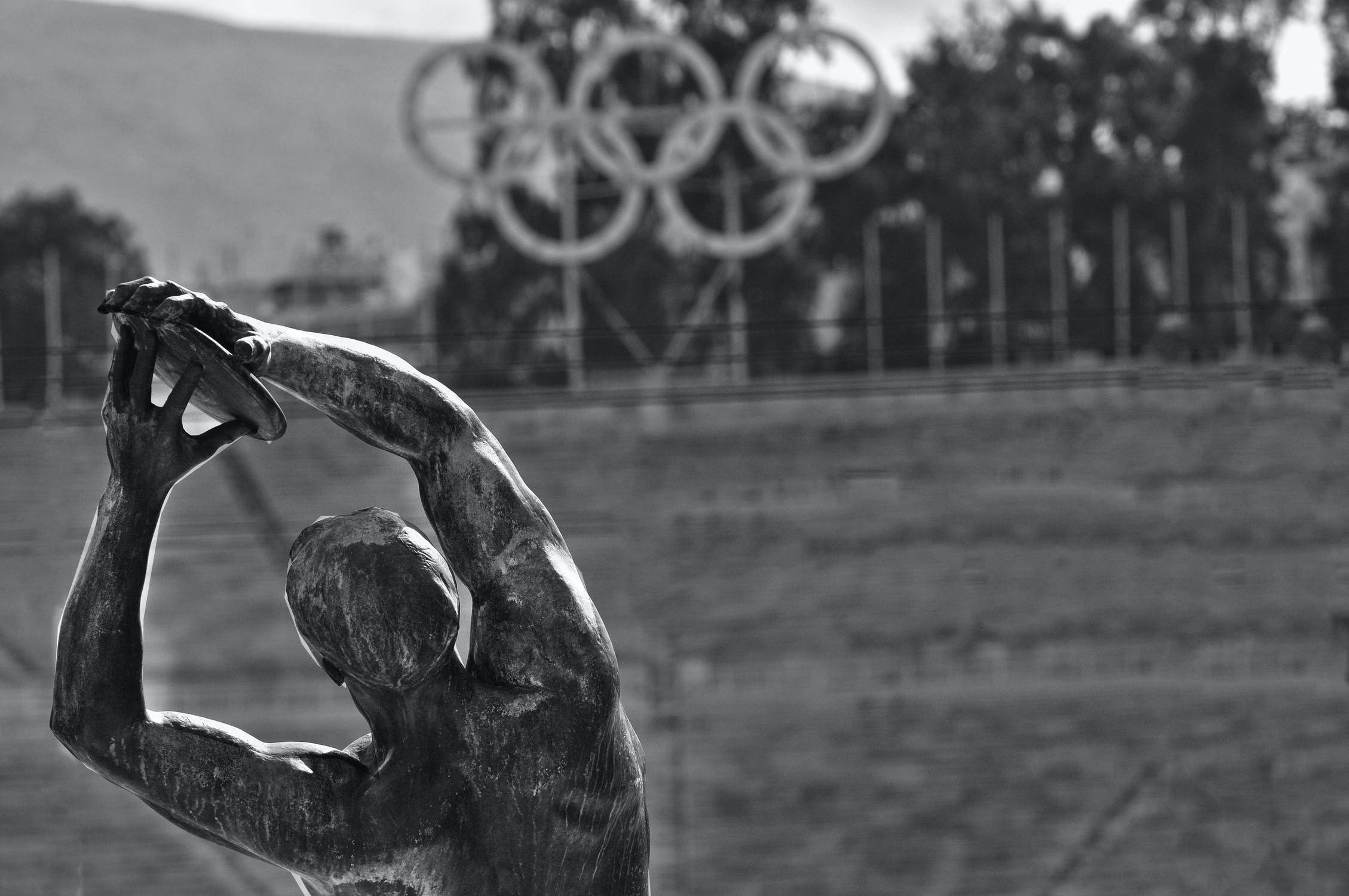 The games are named for their location in Greece, Olympia!

In 776 B.C. the first Olympic games were held in Olympia. These games were played every 4 years in tribute to the king of the Gods, Zeus. We honor the foundation of the games by preserving some of the traditions.

The Olympic flame lighting ceremony is an ancient tradition that takes place in Olympia a couple months before the games begin. The flame represents purity and fosters camaraderie between nations!